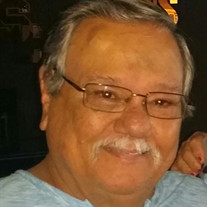 Burton Thomas “Tom” Perry was born on November 29, 1950 in Detroit, Michigan to Martha Sue Singleton and Jay Thomas Perry. He is survived by his wife of almost 45 years, Deb, his 3 sons, Tom, Jason and Michael, as well as his children from another father, Ashley Hart, Kristi (Mark) Ingelman, Stacey Mitchell, Tanya Belmontez, Cam Powers, Ray Montoya, Ellie Mikkelson, Freddy Sanchez, Kathy Thibeaut, and Sue Madison as well as many other young men and women, who call him “Dad”; his sister and brother-in-law, Bill and Sue Turner, Brothers: David (Dorothy) Perry and Dan (Betty) Perry, Brother-in-laws: Jim Shelby and Jesse Shelby, Grandchildren: Jesse Perry, Austin Perry, Tristan Perry, Jessica DeHoyas, Thomas Perry, Keymonie Mitchell, Alysia Belmontez, Carrie Flores, Trinadae Rodriguez, Noah Perry, Jaidyn Rodriguez, Elijah Mitchell, Rayden De Hoyas, Great Granddaughter, Haven Perry, Hailee and Tristin Stewart and the newest additions, Sarah, Landon, Jaden, Lexi and Kaylee Wildrun, and many Nieces and Nephews and cousins, and so many good friends he considered family. Tom’s family moved to Los Angeles, California in 1951 and then moved to La Puente, California, where Tom graduated from La Puente High School in 1968. After attending one year of college at Mount San Antonio College, in 1969, Tom was drafted into the Marines, but chose to join the Navy. He was stationed aboard an Oiler, the USS Ponchatoula as a Radioman, with a Top Secret clearance. He was in the 7th fleet, going to Vietnam 3 times, as well as being the secondary recovery ship for 3 Apollo shots. Tom and Deb met on Easter Sunday at the First Presbyterian Church in Baldwin Park, California, Their friendship/love flourished in the church, going on Trails (60 mile hike in Yosemite) 3 times with the youth group. He and Deb married on November 28, 1970 and they moved to Hawaii, where his ship was stationed at Pearl Harbor. They loved their life and friends in Hawaii. They moved to Baldwin Park, California and bought their first home in 1974. In 1976, they moved to Norco and enjoyed their time there with all the Turners. In October of 1977, they decided to move to Apple Valley. He graduated with an AS degree from Mount San Antonio College and finished his degree of Bachelors of Science in Accounting at Cal Poly, Pomona, in 1985, working as a produce delivery person and going to school full time. Tom worked as the Manager and Accountant at the Apple Valley Airport when he graduated from College. He opened his accounting business in 1985, Perry’s Business Service, in Apple Valley and was very active in the community, serving as President of the Apple Valley Chamber of Commerce twice. He was also Treasurer for the Committee to form the Town of Apple Valley, and served on the Planning Committee for the new town. He was also president of the Inland Empire Society of Tax Consultants. Tom played in the Band of Gold with Deb, Jim Puckett, Vito and Sue Simoneschi, Bill and Nancy Tulk, Ken Soper and Don and Marylou McClelland, Jay Miner, and others from time to time. They played almost every venue in the High Desert, and outside the High Desert. Tom was loved by all his children and grandchildren and so many friends. He loved life and always said he was truly a blessed man. Those of us who knew him were very lucky.

Burton Thomas &#8220;Tom&#8221; Perry was born on November 29, 1950 in Detroit, Michigan to Martha Sue Singleton and Jay Thomas Perry. He is survived by his wife of almost 45 years, Deb, his 3 sons, Tom, Jason and Michael, as well as his children... View Obituary & Service Information

The family of Burton Tom Perry created this Life Tributes page to make it easy to share your memories.

Send flowers to the Perry family.