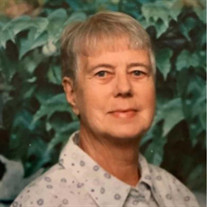 Catharina (Ina) Reyna was born in Den Haag, Netherlands, March 11, 1931, where her Dutch family still resides today, Before she arrived here in the states in the early 50’s, she traveled throughout Europe, which was one of her passions, and she met lots of friends along the way. Mom loved to write letters and had pen pals, one in particular she met was Shelby and her family, who was Mom’s sponsor, when she came to the United States. She ended up in Los Angeles, where she met her husband, Vincent Reyna, who was from San Antonio, Texas. They had four children and raised them in Baldwin Park and then moved to Apple Valley, where she lived most of her life. Mom loved Apple Valley and one thing she really enjoyed was when the sheep grazed in the pastures along Apple Valley Road, before the development came in. She even wrote about it to the local paper, which got published. Her other passions were nature, music (she played the accordion very well), arts and crafts and her biggest passion were animals, especially cats. She left behind her faithful cat Casey, who will miss her too. She is survived by her children, Irene Willemsen, Diana Szarzynski, Tim Reyna, Steven Reyna, and 11 grandchildren and 4 great grandchildren. She is also survived by her family in Holland, Tante Elly, eldest sister and Tante Corrie, youngest, with all their sons and daughters, grandchildren and great grandchildren. She will be greatly missed by them. We have been blessed to have such a kind, wonderful, independent strong woman in our lives, we love her very much and we will miss her so dearly. Services are Saturday, December 15th viewing is at 10am, funeral at 1:00.

Catharina (Ina) Reyna was born in Den Haag, Netherlands, March 11, 1931, where her Dutch family still resides today, Before she arrived here in the states in the early 50&#8217;s, she traveled throughout Europe, which was one of her passions,... View Obituary & Service Information

The family of Catharina Reyna created this Life Tributes page to make it easy to share your memories.

Send flowers to the Reyna family.