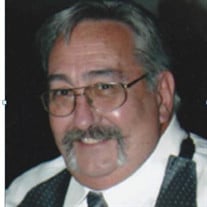 Together with our mother Wanda, we wish to share the passing of our father George Thurston. Born on Tuesday November 22, 1949, to parents Harvey and Alice in the great state of Massachusetts. After several years of health challenges, he succumbed on Tuesday May 25, 2021, at the age of 71. George grew up in Massachusetts with his parents and one sister, before finishing school and joining the United States Air Force in 1969. For the next four years he served his country serving in the Vietnam War as a Heavy Equipment Operator. After completing his military term, he started to build a life with his greatest love Wanda and their three children in Ohio, New Mexico, and eventually California. George worked through the years in industries such as construction and transportation where he was an owner operator, dispatcher, and an over the road truck driver, completing many miles and years of safe driving. George enjoyed trains, (listening to them as he slept), FORDS (the only real motor vehicle worth driving), racing (as a long-time fan of NHRA and NASCAR), the ocean (enjoying boating and skiing), classic cars (specifically his and many friends), he enjoyed many foods like steak, salad, spaghetti, and Toll house Chocolate Chip cookies (made best by his wife), and the occasional “red drinks” with family and friends. He had a long-time love with HO scale trains, collecting and building through the years, sitting for hours, building houses, trees, lakes, and mountains for his towns, filled with people he painted with a tooth pick himself, always giving attention to the smallest details and depth of field. He was on the lookout daily for the best deals on the perfect engines and cars for the train track he built at our family homes. He enjoyed when friends and family would sit with him to listen and watch the trains move along the towns he built. Through his retirement years, he enjoyed going to dinners with his family, and the special friends he made through the local car clubs, looking forward to driving around town in his vintage Pinto and police car. It was always nice to meet strangers and brag to them about his Fords. He is survived by his wife Wanda (of 50 years), son George M. Thurston Jr. (and wife Theresa), daughter De Anna Jervis, and daughter Karen Martinez along with grandchildren Tawnia Crenshaw, Brittany Enriquez, Christina Evans (and husband Christopher Evans), De’Ana Martinez, Alexander Thurston (who is following in George’s footsteps in the United States Air Force) and Isaac Thurston along with great-grandchildren Alyssa-Kay Evans, Swayze Crenshaw, Layla Evans, Baylie Evans and Bravery Bradshaw, and his devoted fur child Lenny and many family members and friends around the country.

Together with our mother Wanda, we wish to share the passing of our father George Thurston. Born on Tuesday November 22, 1949, to parents Harvey and Alice in the great state of Massachusetts. After several years of health challenges, he succumbed... View Obituary & Service Information

The family of George Milton Thurston created this Life Tributes page to make it easy to share your memories.

Together with our mother Wanda, we wish to share the passing...

Send flowers to the Thurston family.