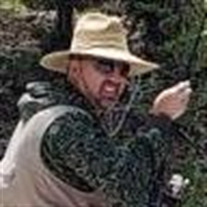 Glenn Low’s Obituary and Celebration of Life On July 10, 1969, Glenn Michael Low made his appearance to the world. His proud parents Gene Low and Rose Low welcomed their first son. Throughout his early beginnings Glenn became a big brother to Michelle and Tim Low. Glenn grew up in Barstow, CA with his loving family and many friends. As a child, he was shy, as a young man he became the life of the party. In 1987 Glenn graduated from Barstow High, and his college journey began. He attended Barstow College and transferred to Cal State San Bernardino, eventually graduated with not one, but two master’s degrees, which gave him the skills and knowledge to do what he did best, help children. During his early adult life, he took pride in being part of his community. Doing things such as, coach several sports, play in men’s basketball leagues and volleyball leagues. In 1993 Glenn welcomed his first child, Devin Low, which was his pride and joy. In 1997 they welcomed his baby girl Breanna Low. Both of his children brought him a great sense of pride, joy, and were his biggest accomplishments. There was nothing he wouldn’t do for his kids. In fact, he coached many of their youth sports and was their biggest fan. One of Glenn’s favorite past times was to go fishing. If there was a watering hole, river or lake, Glenn would have a fishing pole ready to put in a line. Fishing became a big part of Glenn’s identity, and for his family and friends it was great memories. Glenn’s motto for life is, “Live for today because none of us are promised tomorrow”, and he lived by these words. Faith guided Glenn, laughter followed him and family gave him strength. In 2008 Glenn’s family grew by one more son, Cody Davis, when he married Teresa (Teri) Davis, formally from Barstow as well. Terr and Cody became a happy addition to the Low family. Glenn and Teri quickly got involved with the youth of their church and hosted many events, which helped strengthen their family and allowed Glenn to give back to his community, which he loved deeply. Glenn lived his life by giving to others. There was never a stranger to Glenn, he meets everyone with a smile and kindness. During his life he has inspired many. On Oct 28, 2019 Glenn went fishing with his biggest fan, his Lord and Savior. He passed away with his family at his side. He left behind his loving wife, Teri, his son, Devin and Devin’s wife Brianna, and his daughter Breanna, and step-son Cody. His parents, Gene and Rose Low. His two siblings, brother Timothy Low, wife Jaylene, and nephew Logan, sister Michelle Low-Martinez, her husband Greg and nephew Brycen and niece Kallie. Celebration of life will be held on Nov 9 th at: First Baptist Church 1320 Barstow Rd., Barstow, CA 92311. Time is from 2pm-5pm. Please join our family and share memories and laughter to a man who has inspired all of us to live life to the fullest! **Teri has been prompted by many that would still like to contribute or donate in any way. She has asked that any other help should be donated back to the Barstow community that he loved so much. He was very active in the Men’s ministry and Food Pantry at the “River of Life “ church on Yucca, and contributing or donating to those causes would be what Glenn would appreciate.

Glenn Low&#8217;s Obituary and Celebration of Life On July 10, 1969, Glenn Michael Low made his appearance to the world. His proud parents Gene Low and Rose Low welcomed their first son. Throughout his early beginnings Glenn became a big brother... View Obituary & Service Information

The family of Glen Low created this Life Tributes page to make it easy to share your memories.

Send flowers to the Low family.