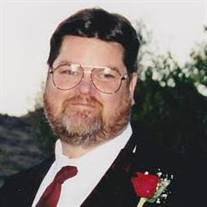 On Sunday, May 29, 2016, James (Jay) Stewart, 56, beloved son and father suddenly passed away peacefully in his home. Jay fought the good fight and it was time for him to be with the Lord. Jay’s journey all began on 1959 in Apple Valley, California. Judy and John Keith Stewart welcomed their second child into the word. Jay enjoyed his time growing up with his brothers Robert and Shannon as well as his sister Wendy finding mischief wherever it lied. As a teenager, Jay attended Apple Valley High School where he graduated with the class of 1977. While attending AVHS, he met his wife of 38 years, Linda Rupley. Following his marriage, Jay enlisted in the Army to serve his country. During his three years of service, Jay and Linda enjoyed time at Schofield Barracks on Oahu, Hawaii. During his adventures in the Army, Jay found his faith that became the cornerstone for the rest of his life. After his military service, Jay and Linda returned home to Apple Valley. There, they were blessed with six daughters: Ricki, Jessica, Rebekah, Johanna, Emily, and Jamielyn. As Jay and Linda watched their family grow, Jay worked at McWelco to support their wonderful family for a number of years. The aspect of his life we will remember the most is the deep love he shared for his family. We will always remember the time he spent with us sharing old stories, watching him savor a hearty Mexican dish, and adoring the time he spent with his grandson, Cristiano. He loved his family very much. Funeral services will be held on June 13, 2016 at High Desert Church at 12pm.

On Sunday, May 29, 2016, James (Jay) Stewart, 56, beloved son and father suddenly passed away peacefully in his home. Jay fought the good fight and it was time for him to be with the Lord. Jay&#8217;s journey all began on 1959 in Apple Valley,... View Obituary & Service Information

The family of James (Jay) D. Stewart created this Life Tributes page to make it easy to share your memories.

Send flowers to the Stewart family.