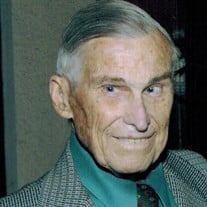 Jesse Keith Murphy November 1, 1921 – December 27, 2017 Keith quietly passed at home surrounded by family. He was born in Saskatchewan, Canada. He was the oldest of three boys. In the summer of 1936, when he was a teenager, his family moved to Snohomish, Washington. Later his family moved to central Washington to be close to his father’s work, constructing the Grand Coulee Dam. When Keith graduated High School in 1939, he wanted to go to college and become a physician. Unfortunately, money was in short supply and Keith ended up getting various jobs and attending different schools trying to find a career for his life. When the Japanese bombed Pearl Harbor, Keith decided to enlist. He was rejected by all the branches at first, but eventually he was able to join the Army after the war. In the year and a half before joining the army, he was attending Oregon State College. In December 1946, he was shipped out to Korea. He was assigned to an Engineer Construction Battalion and placed in the Headquarters Company. It was during this period he was introduced to Barbershop singing. In January 1948, he was discharged and he returned to Portland, Oregon. He resumed his studies at Oregon State College and it was there that he met Beth Pitman. They were married on September 15, 1950. In 1951, after graduating from college, Keith went to work for the North American Aviation. Four children were born to Keith and Beth. Stephen Craig in 1952, Gayle Kathleen in 1954, Kevin Keith in 1957 and Colleen Joanne in 1965. Keith also worked for Robins Engineers and Construction and Rockwell International Corporation. On January 31, 1987, he retired. Keith has been involved with music most of his life starting with choruses in grammar school. He has been in Barbershop since his stint in the Army and Choruses or Chorales since his college days after leaving the army. He has been in the choirs of every churches he and Beth joined since they moved to Southern California. Beth and Steve preceded Keith in death. He leaves his children Gayle, Kevin and Colleen. He also leaves 8 grandchildren and 9 great grandchildren. He will be sorely missed.

Jesse Keith Murphy November 1, 1921 &#8211; December 27, 2017 Keith quietly passed at home surrounded by family. He was born in Saskatchewan, Canada. He was the oldest of three boys. In the summer of 1936, when he was a teenager,... View Obituary & Service Information

The family of Jesse Keith Murphy created this Life Tributes page to make it easy to share your memories.

Send flowers to the Murphy family.