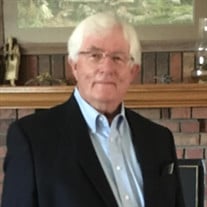 John Thomas (Jack) McCaffery March 15, 1944 – June 10, 2021 Jack passed away after a short battle with cancer on June 10th, 2021 surrounded by close family. Jack was born at St. James Hospital in Butte, MT to John Dee (Jack) McCaffery and Marion Cecelia (Egan) McCaffery on March 15, 1944. He was the oldest of four children: John T (Jack), Larry, Dianne, and Jeff. He graduated from Butte Boys Central in 1962, quickly became a journeyman electrician, and later found his calling in the corrosion industry, achieving the highest levels of technical certifications in this industry from NACE (National Association of Corrosion Engineers). In recent years, he led the development of certification testing for NACE International, and led the organization in various capacities, including leading finance committee for NACE (now AMPP) for several years. He was still working full time for Kinder Morgan as the Pacific Southern Region Corrosion Manager at the time of his death, and was only just beginning to plan his retirement in the next year or so. Jack loved his family, loved his work, and loved helping friends. His hard work, never-give-up, high expectation, kind, generous, and loving approach to life was contagious once you got to know him. His love of family, and the need to keep them close by, drove Jack to work hard and seek opportunities without extended travel separating them. This led to opportunities in Arizona and later California that took he, Kathy and the kids, John W. and Katie, on a “great adventure”. However, family and home (Montana) were never far away, with annual trips home for family, friends, and some fishing. Jack’s one regret would be having more time with family, friends, and “one more fishing trip on the Big Hole.” Whether he was just helping a friend with an electrical outlet, or a family rewiring the whole house, he was always ready to demo and remodel any room in the house, which gained him the nickname of Sparky. He loved his home improvement projects which began with the family homes on Princeton and Keokuk in Butte in the 60’s and continued today at his and his kids’ homes. His other hobby was the open road. Whether a cruise around town in his old Chevy with grandson Jack, or the countless miles for work or vacation, he truly was most comfortable on the road. Jack leaves behind his loving and devoted wife of nearly 49 years, Kathy (Mannix) McCaffery of Apple Valley, CA; their son John William, wife Nancy and two grandchildren, Callie and John Edmund (Jack) of Bakersfield, CA; their daughter Kathleen (Katie) and husband Nick Holmes of Apple Valley, CA. From an earlier marriage, Jack also leaves behind two daughters. Kim Fier, husband Eric, and grandchildren: Stephany Rose, husband Tom, and great-granddaughter Augusta; Nathan and wife Nicole; Shawn; and Ryan, all of Mission BC, Canada. Merissa Mazur and family of Missoula, MT. Extended family including: sister Dianne Duaime and husband Ted, brother Jeff McCaffery, and sister-in-law Janelle McCaffery, all of Butte, MT; sisters-in-law Margaret (Maggie) Biggerstaff of Big Sky, MT and Teresa Mannix of Deer Lodge, MT, and numerous nieces and nephews. Jack is preceded in death by his father, mother and brother Larry. A Catholic Mass will be held for Jack in Apple Valley, CA at Our Lady of the Desert Church on July 10th, 2021. Final resting place will be in Butte, where Jack’s heart has always been. In lieu of flowers, please consider making a donation in Jack’s memory to one of the following charities: JDRF, Yellowstone National Park Foundation, American Cancer Society, or to rebuilding uptown Butte (i.e. M&M rebuilding fund).

Send flowers to the McCaffery family.