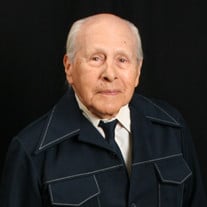 Master Karhl Emanuel Desoto died of natural causes on 10 January 2019 at the age of 106. He was born 18 April 1912 in Seattle Washington. Karhl was a lifelong entertainer. His mother Cora Christine Desoto and his father Edward Clarence Desoto were both entertainers and taught Karhl the family business. He began his career in show business at the age of 5 while entertaining the Doughboys during WWI (World War One). They toured as the Clifford Wayne Trio. Promoted Karhl as a “The World’s Only Indian Boy Concert Pianist and Versatile Star” who sings, dances, plays violin, and does hand balancing. Karhl’s parents gave him the stage name Master Karhl Wayne. As the family grew, their show changed and became the Clifford Wayne Family Act. Drawing from the family’s Lakota/Sioux heritage, the family wore War Bonnets and Native American clothing. Karhl’s brother “Duke” and his two sisters Delores, and Ramona were part of the family business. As a result of touring with the family from an early age Karhl never received a formal education. He had a lifeline passion for reading and was self-taught. He loved reading about history, health, and was always curios about how things worked. His bedroom was always filled with books. He spoke English, Yiddish, French, German, and Italian. He played piano, mandolin, guitar, and the violin. Karhl had a sharp mind and was regularly referred to as a walking encyclopedia. During the Great Depression when times were tough, Karhl lived in a house with over 20 other people. At that time, he was known as Master Carlisle Emmanuel Wayne Esquire. During Karhl’s many years of entertainment, he toured with various groups in the USA, Europe, and Far East Asia. He met and worked with many famous people. Stan Laurel of Laurel and Hardy became a friend of the family. During Karhl’s time in Chicago, he worked for Al Capone’s big brother Ralph. The gang would close the club and have parties. There was only rule during parties, “Keep away from the Dames”. Gang members would put $50 bills in his and “Duke’s” guitars during parties. After Pearl Harbor Karhl enlisted in the Army and served his country as an Infantryman. He stormed up Omaha beach on D-Day as a member of the second wave. He said the images in Saving Private Ryan were very accurate. During a November 1944 battle in Northern France he felt warm liquid running down his leg and thought “Oh no, I pissed myself.” He quickly found out it was blood and that he was wounded. Karhl was wounded twice and awarded two Purple Heart Medals during WWII (World War Two). His first wife Marjorie Ann was a Las Vegas Showgirl. She gave him two children, Karlene Ann and Stephen Wayne. They eventually divorced and Karhl went back to touring. He toured with the USO (United Service Organization) as a Vaudeville act. In 1967 he married his second wife “Jana”, who was a singer, dancer, and ice skater. They toured with the USO in Vietnam, South Korea, and Vietnam. “Jana” died in 1980, but Karhl kept the love alive by writing his love for her in almost every single book of his until he stopped reading books sometime after his 100th birthday in 2012. “Jana, beloved wife and most cherished companion…” He usually wrote such things in two or three languages. Karhl moved from Brooklyn, New York to North Hollywood, California in 1984. He liked playing guitar in his room and spending time with his little Pomeranian dog, Trink II, who also had retired from show business. He enjoyed long daily walks, which were typically well over five miles. He continued his daily walks regardless of what was going on in the world. He walked during the Los Angles gang wars, the 1992 Los Angles Riots, the chilly winter months, and the hot summer days. On his 100th birthday Karhl had one thing left he wanted to prove to himself. He jumped up and clicked his heels together on the way to the Italian restaurant where his birthday party was held. During the party he was reading a birthday card. Someone said “Karhl, you know you can’t read that without your reading glasses.” He replied, “I don’t need reading glasses.” Karhl maintained excellent health until the end. Family members would sometimes joke that Karhl would outlive all of them. He had a strong desire to live and a will stronger than most. At the age of 106 and on his death bed he said he wanted to live and he fought hard to recover his health. He always seemed appreciative and content with what he had. When talking about his military days. He spoke highly of The Service and was grateful to of served in the military. When he told stories about people and events from the past his eyes would brighten and you could almost watch the images in his eyes as he talked. Especially when he talked about the women he loved. Karhl was always popular with the ladies. He seemed to know exactly what to say as well as when and how to say it. Even as an old man, women would fall under his charismatic spell. As a general rule, Karhl did not speak unkindly of anyone. When he did, it was well deserved and usually consisted of “He’s an asshole”. He rarely ate foods with refined sugars. He did however enjoy a good red wine. Oh yes, he liked the Vino. Karhl is survived by his son Stephen Wayne Desoto, his Grandson Stephen Emanuel Meyers, and his Great Grandson Karl Aleksander Meyers. Memorial Services will be held at 3pm on Saturday, March 2nd, 2019 at Monte Carlo Deli & Pinocchio’s Restaurant. 3103 West Magnolia Boulevard Burbank, CA 91505

Master Karhl Emanuel Desoto died of natural causes on 10 January 2019 at the age of 106. He was born 18 April 1912 in Seattle Washington. Karhl was a lifelong entertainer. His mother Cora Christine Desoto and his father Edward Clarence Desoto... View Obituary & Service Information

The family of Karhl Emanuel DeSoto created this Life Tributes page to make it easy to share your memories.

Send flowers to the DeSoto family.