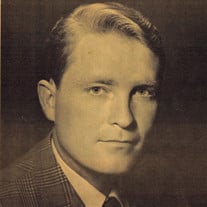 The Reverend Lawrence Alexander Lewis, dutiful father, husband, pastor, and patriot was received into everlasting glory on Oct 11, 2017. He loved God, his family, and his country, in that order. Born on March 22, 1939, in Detroit, Michigan, he grew up in a unique community of Appalachian transplants and Polish immigrants who worked the factories of Motor City. He ran away from home to join the US Navy at age 16, trained as an air traffic controller and served on the USS Thetis Bay, a Casablanca-class escort carrier. One day on break from his duties at the tower at China Lake Naval Weapons Station, he met and instantly fell in love with Celeste (née Neipp), the daughter of a local Lutheran pastor. He finished out his enlistment, received an honorable discharge, and exchanged life before the mast for a life beneath the Cross. He entered Concordia Theological Seminary of the Lutheran Church-Missouri Synod after marrying his bride Celeste and starting what would become a large family of five boys and two girls. As part of his seminary formation, he was the vicar (intern) of Immanuel Lutheran Church, in Rock Island, IL for one year, and after graduation was ordained at the First Lutheran Church of San Fernando, CA where he was pastor for a decade. In 1979, Lawrence received an assignment for the cure of souls at Ascension Lutheran Church, Apple Valley, CA and was shepherd of this congregation until his retirement. Within the Lutheran Church at large he was known as a fearless defender of the faith and lion of orthodoxy. His congregants loved him, for he had a gentle way, a compassionate heart, and modeled the Gospel that he joyfully preached to many. A thorough-going individual with eclectic tastes, Lawrence loved reading British greats like Charles Dickens, curated a massive cache of vinyl albums running the gamut from Palestrina to Pink Floyd, and could match wits with the best. He was a passionate gardener and was especially proud of the lush, colorful roses he was able to make thrive in the aridity of the High Desert. Lawrence’s greatest pride, however, was reserved for his 18 grandchildren and three great-grandchildren. He is survived by Celeste, his helpmate of 56 years, his brother John, sister Raye, sons Christian, Matthew (Carole), Joel (Aimee), Aaron (Elizabeth), and Marty, and daughter Celeste (Ron). He was predeceased by both parents, his sisters JoAnn and Claudia, and his daughter Rachel. “The pain of parting is nothing to the joy of meeting again.”- Dickens The funeral will be held 11am October 23 at Ascension Lutheran Church, 22130 Ottawa Rd., Apple Valley, with a viewing preceding the service at 10:30am. Pastor James Harris will officiate the service.

The Reverend Lawrence Alexander Lewis, dutiful father, husband, pastor, and patriot was received into everlasting glory on Oct 11, 2017. He loved God, his family, and his country, in that order. Born on March 22, 1939, in Detroit, Michigan,... View Obituary & Service Information

The family of Revd. Lawrence Alexander Lewis created this Life Tributes page to make it easy to share your memories.

Send flowers to the Lewis family.