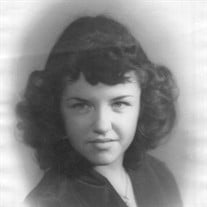 The Bluff’s restaurant lost a loyal customer on November 10, 2017. Marilyn Mae Bennett passed after a long bout with Alzheimer’s disease. In the first half of the last century on June 2, 1938 her parents celebrated her birth and she was introduced as Marilyn Mae Jennings the daughter of Katherine and Hershel Jennings of St. Louis Illinois. Marilyn was the oldest of two siblings Wayne (aka Butch) and Ruthanne. As far as favorite children go she was arguably the favorite of the 3 to hear it from her. Marilyn married the man of her dreams (tall, dark, and handsome) on January 28, 1952, 65 short years ago. From that day on she was proud to be Mrs. Marilyn Mae Bennett. Yes Joseph better known as JC wiped her off her feet, never looked back, and never let go, literally. Not sure if it was planned or not but together these two love birds had three children, two boys and one girl beginning with Curtis Wayne, April 22, 1954 - Cheryl Lynn, September 27, 1956 and Christopher Alan April 24, 1960. Not long after the first child she had contracted but conquered polio which contributed to her strong will and unusually petite ankles of course. Marilyn’s very large family consists of not only the three children mentioned above but 8 grandchildren: Kimberly, Kristen, Eric, Christopher, Keely, Lindsey, Holly and Kari, and 10 great grandchildren plus one in the oven. She did not want it exposed until the time came to announce who her favorite was. Finally with great anticipation it should be known the favorite was an adopted child with four legs by the name of Trinka. Marilyn had many hobbies from enjoying her days at the drag races watching JC tear up the track to camping, boating of all things since she couldn’t swim, and horse-back riding which afforded her the compulsive opportunity to ride through the neighboring nudist colony which seemed to be the most beaten path. One hobby she seemed to excel at and mastered the art of was quilting. One could sit an stare at her quilts as if looking at a painting. She had a natural ability to mix colors and shapes that resulted in entering many of them in the county fair. Fortunately many of us own some of her artwork to keep as proud memories and to pass on to our children. Above all Marilyn was family first always. Auto racing, 4H, Brownies, Girl Scouts, Football, Bicycle racing, she tirelessly and unselfishly put her family as top priority. That is not to say she did not make quality time for friends as well of which she had many. She always wanted to know first thing that everyone was doing OK and was always ready for a good party. The following quotes were taken from her fifth grade report card 68 years ago and are still so true today. “Marilyn’s name has been voted on our Honor Roll of best citizens. Her friendly and gracious manner has made friends of all the class. It has been a great pleasure to all of us to have had Marilyn’s lovely companionship. She has added much of color and joy to our classroom experience” God Speed Mom – Keep your angel on our shoulders Memorial Services will be held Saturday November 18, 2017 at 1:00 p.m. at the family residence at 15036 Riverside Dr, Apple Valley CA 92307

The Bluff&#8217;s restaurant lost a loyal customer on November 10, 2017. Marilyn Mae Bennett passed after a long bout with Alzheimer&#8217;s disease. In the first half of the last century on June 2, 1938 her parents celebrated her birth and... View Obituary & Service Information

The family of Marilyn Mae Bennett created this Life Tributes page to make it easy to share your memories.

The Bluff’s restaurant lost a loyal customer on November 10,...

Send flowers to the Bennett family.