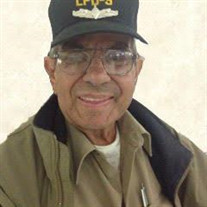 Pete Spiro Anthis With great sadness, we announce the passing of our father, Pete Anthis. He peacefully passed away on Sunday, October 14, 2018 at the age of 86 years. While we celebrate knowing he is home with Jesus and that we will see him again, we already miss him deeply. Pete was proceeded in death by was his wife of over 50 years, Annette Anthis; both of his parents, Jerome & Maria and his brother Jimmy. He will be lovingly remembered by his 3 children, Pete Anthis (Linda) Nick Anthis (Tina) and Tulla Hunt (Adam). He will also be fondly remembered by his 7 grandchildren, Pete, Abby, Adam, Meghan, Sarah, Ryan, Sofia and Joshua; his siblings Mike, Manny, Nick, Paraskevi and Dimitra, many nieces and nephews and countless friends. Pete was born in Athens, Greece. Served in the Greek Army and moved to America in 1953 to make a better life for himself and his family in Greece. He met and married the love of his life, Annette in 1963. Then he became the Head Chef at the very prominent restaurant, John Ducks, in Southampton, Long Island where he often served many celebrities like Jackie Onassis, Elizabeth Taylor, Richard Burton, Marilyn Monroe, Zsa Zsa Gabor and many more. In 1979, he moved his family of 5 all in one U-Haul truck across country to Southern California (that is a story in itself!) where he fulfilled a lifelong dream of owning his own restaurant. Karas Pizza House was a beloved neighborhood family restaurant where “Chef Pete” and Annette were able to live out a dream. It was a restaurant that always offered free meals to any police officer or fire fighter and was known for having “Best pizza in town!” for many years. In 1985 he sold the family restaurant and began working at Southern California Edison Credit Union and Santa Anita Racetrack until he retired in 2003. He was a proud teamster, an honorary member of the Arcadia and Monrovia Police Departments and the recipient of many, many awards. Pete loved God, loved serving his church and singing worship and praise every Sunday. Anyone who was blessed enough to know Pete knew him to be joyful and funny and someone who loved making people smile. Whether it was a kind word, a box of chocolates, a piece of candy or a funny joke, he lived each day trying to make others happy. He was very often heard asking “Is everybody happy?” He loved his family more than anything and spent every moment of his life putting them first. He was an incredibly hard worker, a man with the upmost integrity, generous and always, always tried to spread joy. He lived his entire life for others and will be deeply missed. A viewing has been scheduled for Monday, October 22 at 11:00 a.m with a funeral service in memory of Pete to held at 2:00 p.m. all at Sunset Hills Memorial Park, 24000 Waalew Road, Apple Valley. Interment will follow with a celebration of life after at Sunset Hills Memorial park. A reception to follow on the Terrace at Sunset Hills.

Pete Spiro Anthis With great sadness, we announce the passing of our father, Pete Anthis. He peacefully passed away on Sunday, October 14, 2018 at the age of 86 years. While we celebrate knowing he is home with Jesus and that we will see him... View Obituary & Service Information

The family of Pete Spiro Anthis created this Life Tributes page to make it easy to share your memories.

With great sadness, we announce the passing...

Send flowers to the Anthis family.