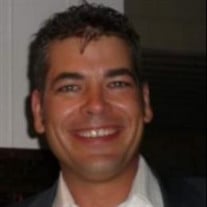 On the night of May 1, 2021 the Angels came to claim Rich while he slept at his home in Apple Valley. Richmond was born on January 25, 1973 to Richard and Soni Beckman in Anaheim, California. He is survived by his mother, Soni Beckman, Aunt Barbara (Michael) Allen Uncle George (Vanetta) Beckman and Uncle Bill (Jan) Beckman. He was predeceased by his father, Richard Beckman. After 6 years with Master Kim he earned his Black Belt in Taekwondo. He attended Montessori Children’s Academy then on to St. Catherine’s Military School. He graduated at 15 years of age from Whitney High School in Cerritos California. After moving to Las Vegas with his parents he studied Electrical Engineering and EMT. He obtained his Real Estate License and Notary in Las Vegas at the age of 18. He spent 2 years in Maui, Hawaii and became a Certified Rescue Diver (SCUBA) and joined the Army. Received US Army symbol recognition. score: 99.3% Firefighter 1 California Department of Forestry / San Bernardino Fire Department, Haz Mat Specialist and Swift Water Rescue. Attended Mount San Antonio College to become a Paramedic, graduated the top of his class with only 8 graduates out of 33 students. Worked with AMR Redlands as a Paramedic. He was also an AASI Level 1 Snowboard Instructor at Big Bear Mountain for 6 Years. He took private flying lessons at Midfield Aviation in Apple Valley for 4 years to become a Provisional Private Pilot. He also worked for a Local contractor in Apple Valley for 4 years and learned how to build a house from the ground up according to code. He graduated from USUSB Cum Laude with a BS degree. Worked as EMSI at WTSC as an instructor for 2 years. For the past 2 years he worked as a D/ER Tech for Victor Valley Global Medical Center. His smile was radiant and his spirit soared, bringing joy to everyone he met. His sense of humor was matched by no one. He will be missed by all who knew him. A Celebration of Rich’s life will be held at Sunset Hills Memorial Park in Apple Valley. Monday June 7, 2021 at 11:00 am

On the night of May 1, 2021 the Angels came to claim Rich while he slept at his home in Apple Valley. Richmond was born on January 25, 1973 to Richard and Soni Beckman in Anaheim, California. He is survived by his mother, Soni Beckman,... View Obituary & Service Information

The family of Richmond Beckman created this Life Tributes page to make it easy to share your memories.

Send flowers to the Beckman family.