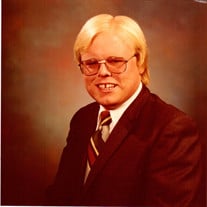 We lost our beloved youngest brother, Robert Sherman Lee, after a prolonged hospitalization Saturday, March 19, 2016, at the San Bernardino Community Hospital in San Bernardino, CA. He will be missed sorely. He was born at the California Hospital in Los Angeles, September 27, 1958. Robert lived the majority of his life in Riverside. He attended Fremont Elementary School, Central Junior High School and graduated from John W. North High School in 1976. Robert is survived by brother Derral of Apple Valley, CA, brother Richard of Glendale, CA, and sister Susan Bemis of Newhall, CA. Robert enjoyed several activities: playing trombone with his high school marching band, trespassing in the Union Pacific train yards (he wanted to be a locomotive engineer), going backpacking in the Sierra's with his friend Marvin and sister Susan, but he mostly enjoyed caring for our elderly parents as they became more fragile. He then made the perfect transition to becoming a manager at the Clearwater Residential Facility in Fontana, CA. Stories have now come to light from current residents about how Robert would always put other people's needs in front of his own. He would go above and beyond the call of duty to assure that the residents felt safe and comfortable. He touched many lives of those who were abandoned and ignored by society and who came to Clearwater for unconditional protection, safety and support. Not only a guardian of the human race, he would also rescue deserted animals and bring them back to health. He instinctively knew the calming effect that animals have on those people who are on the road to recovery. It is now in our prayers that Robert is enjoying that peace and serenity that he provided for so many at Clearwater Residential. Services will be held Tuesday, March 29, 2016, at 10:00 AM at the Universalist Unitarian Church, 3525 Mission Inn Avenue, Riverside, CA, followed by a short burial site service. Friends are welcome to the church and burial site services, followed with a reception at the El Sarape Restaurant, 4023 Market Street in Riverside. Maps will be handed out at the church. Memorial contributions are welcomed by those who Robert cared about and should be mailed to: Clearwater Residential, Inc., PO Box 9188, Moreno Valley, CA 92552.

We lost our beloved youngest brother, Robert Sherman Lee, after a prolonged hospitalization Saturday, March 19, 2016, at the San Bernardino Community Hospital in San Bernardino, CA. He will be missed sorely. He was born at the California Hospital... View Obituary & Service Information

The family of Robert Sherman Lee created this Life Tributes page to make it easy to share your memories.

We lost our beloved youngest brother, Robert Sherman Lee, after...

Send flowers to the Lee family.