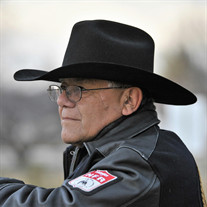 Robert `Bob` Teran January 2, 1947 - August 30, 2017 With heavy hearts, we announce the untimely passing of Bob. He fought valiantly against complications related to an aggressive form of leukemia, and passed away peacefully, surrounded by the family he supported so unconditionally. He is survived and dearly missed by his four children, two grandchildren, three siblings, numerous nieces, nephews, cousins, and his beloved wife, Mary. Born in San Pedro, he spent his youth as a racing pit crew member and loved boating and barefoot water skiing the Colorado River. He loved surfing the waves with his brother and friends, and one of his best childhood friends ultimately became his brother-in-law. Bob received his college degree at Cal State Long Beach, earning a Mechanical Engineering Degree, which ultimately led to his three-decade long career with Southern California Edison, retiring from SCE in January of 2011. A career and family man, Bob coached the local Junior All American football league for several years. Here he met another single parent and future wife, Mary Smith. Their sons, Dan and Stephen participated in the `Dolphin` football team, and encouraged a relationship between `Coach` Bob and ~Team Mom` Mary. They shared 28 years of marriage raising their sons and being involved in their communities, the equestrian community in particular. Bob became the Board President of the Equestrian Council of Hesperia (E.C.H.) in 1996, which led to his role in the development of two horse campgrounds in Hesperia through the Hesperia Recreation and Park District. His Spring Valley Lake community benefited from his expertise as he served on the Architectural Committee in 2016. He was a proud member of both the Spring Valley Lake`s Yacht Club and `Rods and Relics` Car Club, where he enjoyed showing his 1957 Porsche Speedster. He and Mary enjoyed many hours cruising on their horses through the Spring Valley Lake Equestrian Center trails and the many trails throughout the High Desert. While a car enthusiast, deep-sea fisherman, and horseman, his greatest love of all was his family and community. His impact on both is immeasurable; his deep-dimpled grin and understated wit will be remembered by all who knew him. May he rest in peace in the arms of the Lord, where he now joins his Mother and Father, Antonia and Louis Teran. Services will be held at Sunset Hills Mortuary in Apple Valley at 10AM Sunday, Sept. 10. In lieu of flowers, the family welcomes donations to E.C.H., c/o High Desert Community Foundation, 16000 Apple Valley Rd., Apple Valley, CA 92307.

Robert `Bob` Teran January 2, 1947 - August 30, 2017 With heavy hearts, we announce the untimely passing of Bob. He fought valiantly against complications related to an aggressive form of leukemia, and passed away peacefully, surrounded by... View Obituary & Service Information

The family of Robert "Bob" Teran created this Life Tributes page to make it easy to share your memories.

Send flowers to the Teran family.