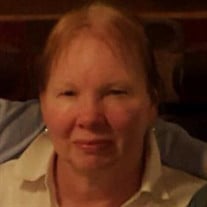 On January 17th, 2016, Mrs. Curtis Campbell (née Princess Sophia Alexeyevna Obolensky) unexpectedly passed away due to a sudden illness and a heart attack. Princess Sophia was born in Stamford, Connecticut to Prince and Princess Alexis N. Obolensky and spent most of her childhood in upstate New York, Italy, France, and Washington, D.C.. A gifted student of ballet and languages, she studied at the exclusive Edmund Burke College Preparatory School, following which she read Russian Literature and Biology at Keele University. Upon her return from the United Kingdom, she worked for the Montessori School of Washington D.C. and in 1982 wed her first husband, Eugene Devere Day of Baltimore, Maryland, honeymooning in her beloved England. They settled in Columbia, Maryland where they brought up their three sons; Nicholas, a video game director in Ukraine; Alexis, an active-duty US soldier, Army Specialist; and Sebastian, an engineering major at the University of Maryland. Following her divorce in 1994, Princess Sophia continued with the upbringing of her children whilst beginning a new career at Icelandair, leaving in 2009. In 2008 she married Curtis Campbell and in 2014 they relocated to Mojave, CA, where they planned for an eventual retirement in the Pacific Northwest. Princess Sophia was a patron of the Berezechi School for Children, Kozelsk, Kaluga, Russia and supporter of the WWII Families for Return of the Missing, Princess Sophia leaves a lifetime of lessons, love and memories, and the strength to find the joy and happiness she wished for all her friends and family. She is survived by her husband, a sister, her three sons, three stepdaughters Monica Sewell, Kim Hakel, and Charity Frash and eleven step grandchildren. Princess Sophia will be laid to rest on Tuesday, January 26th at Sunset Hills Memorial Park in Apple Valley, CA. In lieu of flowers, the family kindly requests donations be made in her name to World War II Families for the Return of the Missing (WWFRM) at www.missingpatriot.com.

The family of Sophia Alexeyevna Campbell created this Life Tributes page to make it easy to share your memories.

Send flowers to the Campbell family.