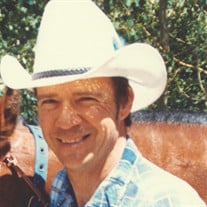 Wayne Emerson Dillard passed away from congestive heart failure on May 3, 2016 in Hesperia, California. He was the husband of Linda Dillard. They just celebrated 45 years of marriage together. He was born in North Hollywood, California on November 10, 1937. He was son of Floyd and Melva Dillard. During his youth, he worked as a model and he posed for Navy Relief ads during World War II and was also on the cover of the Saturday Evening Post. As a teenager, he held an amateur radio license. In high school, he worked on the sound crew with his childhood friends. He graduated from North Hollywood High School on June 18, 1954. After graduating high school, he attended LA trade Tech College and at the age of 17 became one of the youngest radio engineers to hold a first class commercial license. He worked for California Interstate Telephone Company from 1957 to 1960. He also worked for local radio stations KAVR and KCIN. He was a lifelong member of the Victor Valley 4 Wheelers. His hobbies included operating a ham radio, audio engineering, bowling, model trains, fishing, hunting, horseback riding, motorcycle riding, quad riding, hiking, mechanic, 4 wheeling, and white water rafting, and exploring the great outdoors with his family. He loved visiting National Parks and vacationing in southwestern Colorado. He will be remembered for his kindness, patience, and love for animals, humor, storytelling, friendship, spontaneity, creativity, resourcefulness, and sense of adventure. He has lived in Hesperia, California for over 60 years. He is survived by his wife Linda Dillard, his son Jim and his wife DeAnn Dillard and his daughter Lisa Chavez and her husband Tony Chavez. He is also survived by his grandchildren, Michael and Daniele Dillard, Laura, Gabriel, and Daniel Chavez, and Hannah, Sophia, and Emma Torres. The funeral service will be held on Wednesday, May 11, 2016 at 5pm at Sunset Hills Memorial Park and Mortuary, 24000 Waalew Rd. Apple Valley, CA 92307 with interment at Cedar Hill Cemetery in Ridgway, Colorado. Memorial donations in lieu of flowers can be made to the American Heart Association.

Wayne Emerson Dillard passed away from congestive heart failure on May 3, 2016 in Hesperia, California. He was the husband of Linda Dillard. They just celebrated 45 years of marriage together. He was born in North Hollywood, California on November... View Obituary & Service Information

The family of Wayne Emerson Dillard created this Life Tributes page to make it easy to share your memories.

Send flowers to the Dillard family.